That was literally awesome

All things come to an end. No matter how hard we try, but ultimately we cannot prevent them from disappearing or not fitting our needs anymore. Take, for example, shoes. As a kid I had awesome shoes with blinking lights on the soles and no matter how hard I tried, I could not squeeze my feet into them. I simply outgrew them.

Awesome, another example. According to the OED awesome was initially used to express “inspirational awe”, being “full of awe”, weird or dreadful. Sadly, I have to acknowledge that awesome  in this sense no longer exists. It seems as if we have outgrown awesome. However, awesome is not dead, it is everywhere. It almost has become the new cool or okay. Ordering a simple black coffee in the UK can lead to an approving awesome. Agreeing on plans for the weekend is awesome. Telling your friend that they are awesome is awesome. If you are left wondering why that is so awesome, then you might find this obituary hilarious, yet invigorating.

On a side note: Even though I like the old-fashioned and extinct meaning of awesome, I have to mention that my shoes were extraordinary, outstanding, remarkable and stunning. 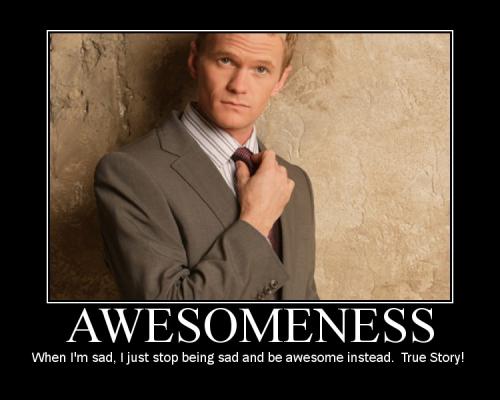 Carmen Ebner is a sociolinguist. In September 2017, she has obtained her PhD in Linguistics from Leiden University Centre for Linguistics (LUCL) in the Netherlands, where she worked on a project on language attitudes and prescriptivism in British English. Carmen's research interests include all things sociolinguistics. In particular, she is interested in linguistic discrimination, attitude elicitation techniques, language variation and change, and historical sociolinguistics.
View all posts by Carmen Ebner →
This entry was posted in usage features and tagged awesome, oed. Bookmark the permalink.

3 Responses to That was literally awesome