Taggart vs. Pinker: and the winner is …

I’d really like to be able to find out how well “our” usage guides, those in the HUGE database that is, have been selling over the years. This is confidential information, I was recently told by the firm handling the estate of Kingsley Amis. So I’ve been experimenting with other ways of finding the information I need, and one idea I hit upon (for what it is worth: please let me have your thoughts on this!) was to look at the ratings on Amazon UK’s website. And there I found that Caroline Taggart, with Her Ladyship’s Guide to the Queen’s English (2010), did slightly better than Steven Pinker’s The Sense of Style. See for yourself: the first Customer Review is for Taggart, the second for Pinker. 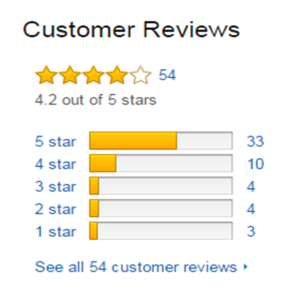 Pinker also scored lower ratings than Taggart did. On Amazon’s US site, shown below, Pinker’s ratings are slightly higher (4.4 stars out of 5) than those on the UK site (4.2), and they are based on more customer reviews (204), which makes the figure more reliable. 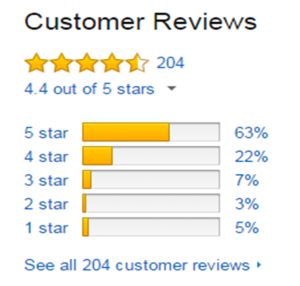 And here, too, we see that there were buyers who don’t seem to have liked the book much: about ten of them (5%) only rated it one star. So Taggart still does better, even though only 37 British customers took the trouble to rate the book (only 8 did so on Amazon US, still giving her a 4.5 between them). Well done, Caroline.

The differences between Amazon UK and Amazon US are worth exploring further. The British writer Simon Heffer’s Strictly English, very critically reviewed by Geoff Pullum and David Crystal, scores much lower on Amazon US (2.7 stars only) than on Amazon UK (4.2 stars). Perhaps American readers don’t like the book  much. Then again, the book was rated by many more people on the UK site: 66 compared to a paltry 7 American buyers. Perhaps the higher UK rating and the fact that more buyers expressed their opinions suggests that the British general public liked the book better than the linguists who criticised it. Food for thought! But the real question, I suppose, is: how reliable are these figures?

4 Responses to Taggart vs. Pinker: and the winner is …