The -isms around the prescriptiv- …

… and how they are (almost) non-apparent in Dutch

Although no prescriptivist will probably ever admit this, prescriptivism is often just a cog in the machine. Obtaining perfect linguistic purity always seems to be done in the name of a higher purpose: nationalism, pan-<fill in>-ism, conservatism, Zionism, elitism, globalism, idealism, and the list goes on. The following quote from Ilker Aytürk (2008:281) about the position of the Language Council at the beginning of the big language reforms in Turkey, shows the exact position of a prescriptivist in any circumstance:

From the very beginning, the Language Council was far from being an autonomous, scientific committee. When some members of the Council acted on the false premise that they alone would be responsible for the script reform project and started weighing the advantages of romanisation against its disadvantages, they soon came face to face with reality.

In other words, even if a prescriptivist would want to be open-minded, he simply can’t be. The -ism in power will hold him (or her) back and he (or she) will get face to face with reality. Let’s say that I’m going to write a usage guide of English in which I prescribe the total opposite of what Fowler prescribed in his Modern English Usage on every possible usage problem. My publisher probably wouldn’t publish my usage guide and even if he would, every buyer of my book would return it, since “it’s incorrect”.

In this light, it is interesting to look at the following comment I came across on Facebook. This comment was made to another comment that contained a standpoint that is often considered a right-wing nationalist standpoint that was formulated quite poorly:

Think about spelling, punctuation and grammar! They who “love” the Netherlands the “most”, shouldn’t mess up the language that much. (Translated from Dutch)

What could this possibly mean? It looks as if the commenter is propagating proper Dutch usage on a meta-level of prescriptivism: ‘hey, your language use is not compatible with your political profile, fix it!’ or even ‘since you’re a nationalist, you should be prescriptive yourself!’ Oddly, this claim presupposes that the commenter links nationalism to proper Dutch use, while a. the Dutch in the comment above is correct and b. the commenter does not consider himself a nationalist (given the use of “They” in the quotation). This seems a kind of prescriptivism or language ideology that is not based on an -ism, but claims to be based on some sort of self-prescription: ‘I advise you to prescribe yourself, but I don’t prescribe anything.’

This claimed interested self-prescription also becomes apparent on the language advice page of Genootschap Onze Taal, where the following sentence is found as part of an instance of advice offered about how to write ‘the seventies’, ‘the sixties’ etc. in Dutch:

De jaren twintig (twenties), dertig (thirties) et cetera is preferred: round/whole decades are best written in letters since this reads most pleasantly (literal translation from Dutch. Note that the subject of to read is kept implicit in this so-called middle construction.) 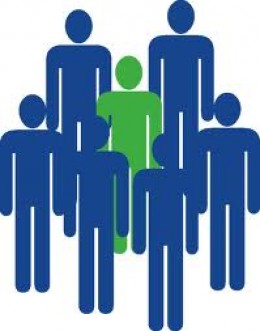 This almost seems to be an aesthetic argument in favour of prescription. However, the comment doesn’t explicitly say that writing twenties in letters rather than numbers (20s) looks prettier: it only says that a writer could benefit from writing it that way, because a reader might have a more pleasant reading experience as a result.

Now, how can we catch this Dutch prescriptivist attitude in an -ism? Since Dutchmen have, on this blog, already been characterised as active complainers on everything but language, I’ll add another characterisation and go for individualism. ‘Just take my advice; it will make you the successful individual you want to be!’

2 Responses to The -isms around the prescriptiv- …