Can you correct someone without being a language bully?

Over the past two weeks, the linguistic blogosphere has exploded over ‘Weird Al’ Yankovic’s latest musical parody Word Crimes. Linguists, editors and others were blogging at break-neck speed to discuss the judgements expressed in the song. On this blog, Viktorija Kostadinova posted about it on the day the video appeared on YouTube.

I came across an older post on the now seemingly inactive Grammar Monkeys blog. It’s called Corrections with a smile, which seems to deal with the question why correcting other people’s language is often met with resistance and even hostility. The post is a reaction to another post, on Claiborne L.’s blog Proof or Consequences titled In Defense of Language, in which L. asks herself the same questions.

Why do people hate on those of us who know grammar? Why is it insulting to have your language skills corrected?

Most of us appreciate help with math, such as when calculating a tip or making change. If I read a map wrong, I hope that someone will correct my navigation skills.
But if I correct your grammar, punctuation or spelling […] I will be dubbed a snob, a prude, uptight and righteous. Why is it bad for me to help you communicate better and more clearly? For me to share a skill I have to help improve yours?

It seems that she genuinely wants to know why there is so much hostility aimed at the correctors. She suggests that it comes out of an American distrust of those who are educated, and out of the fact that it makes those who are corrected look uneducated. She also gives some advice for these correctors on how to correctly correct people’s language use.

… the challenge to us correctors, then, is not to set ourselves up as pretentious know-it-alls, but rather as peers trying to teach others. Check the attitude, and offer only the instruction.

I should note that I’m fully aware how pretentious and know-it-all this whole post sounds, but I don’t know how else to discuss education. Those who have it should flaunt it. Let us rejoice in knowledge.

Now personally I am very much in favour of rejoicing in knowledge, but I think it might be very hard to both check the attitude while flaunting your educatedness. 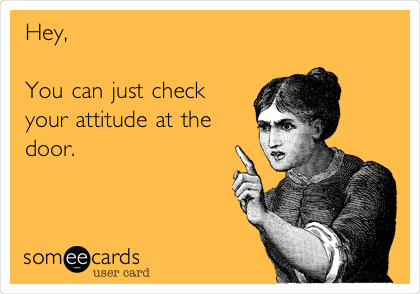 But back to the Grammar Monkeys; they suggest the following arguments as the objections people have against being corrected.

All these arguments make sense to me and I have given them at times myself when being corrected. The attitude especially seems to put people off, and has led to correctors being called Grammar Nazis or Language Bullies. The Grammar Monkeys give the same argument for correcting people as L.: people don’t mind getting help.

So making language clear and smooth is a good thing. It’s not unlike helping your grandma do her taxes or coaching a friend on how to sink a 12-foot putt. 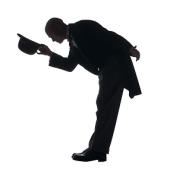 Then they proceed to give the following tips for better correcting:

This seems like a good start, especially the third point, Be polite, to which they add the explanation “Don’t be a know-it-all (even if you know it all). Ask if advice is welcome”. But both blogposts seem to miss two important points. One is that people generally don’t like being corrected in the first place, regardless of what it is about or how politely it is done – perhaps especially if it’s done by self-styled authority.

Another, related point, is that what I think is missing from the advice on how to correct someone, should you choose to do so, is that this is probably better done in private. Correcting someone’s language in public – even if their mistakes are ‘real’ – is considered grammar shaming, and can be seen to be as rude as publicly pointing out (perceived) errors in the way they dress, wear their hair, or who they choose to be friends with.

However, I suspect that this goes even more for corrections on the way we use language because this is such an important part of our identity. The way we use language is possibly the most fundamental expression of our personal identity we have. Our language indicates to others which social group(s) we belong to, perhaps more subtly, but perhaps also more fundamentally, than anything else we do. If you publicly point out errors in someone’s language, you’re telling them that you think that who they are is wrong.

So can you correct someone’s language without being a language bully? Probably, but always at your own risk. Your thoughts?

I am a linguist and EAP trainer, working on English prescriptivism and Standard English. Lover of photography and comedy.
View all posts by Robin Straaijer →
This entry was posted in Uncategorized and tagged correcting, errors, Grammar Monkeys, grammar nazis, identity, language bullies, politeness, Word Crimes. Bookmark the permalink.

9 Responses to Can you correct someone without being a language bully?